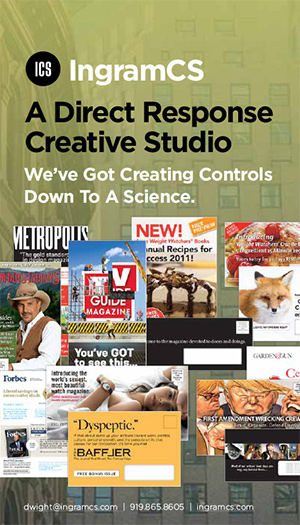 Learn more about IngramCS in our 15 page capabilities guide.

AA pair of cows were talking in the field. One says, “Have you heard about the mad cow disease that’s going around?”
“Yeah,” the other cow says. “Makes me glad I’m a penguin.”

According to unofficial sources, a new simplified income-tax form contains only four lines:
1. What was your income for the year?
2. What were your expenses?
3. How much have you left?
4. Send it in.

Two friends ran into each other at the door of their psychiatrist’s office.
“Hello, there,” said one. “Are you coming or going?”
“If I knew that,” said the other, “I wouldn’t be here.”

A grasshopper walks into a bar. The bartender looks at him and says, “Hey, they named a drink after you!” “Really?” replies the grasshopper. “There’s a drink named Stan?”

A man went into a seafood restaurant and asked for a lobster tail. The waitress smiled sweetly and said, “Once upon a time there was this lobster…”

Q: How many telemarketers does it take to change a light bulb?
A: Only one, but he has to do it while you are eating dinner.

“We used to play spin the bottle when I was a kid. A girl would spin the bottle, and if the bottle pointed to you when it stopped, the girl could either kiss you or give you a nickel. By the time I was 14, I owned my own house.”

“Your mother has been with us for 20 years,” said John. “Isn’t it time she got a place of her own?” “My mother?” replied Helen. “I thought she was your mother.”

“I think my friend is dead.” The dispatcher replies, “I can help. But first let’s make sure he’s really dead.” The line goes silent, a gun shot is heard, and then the hunter gets back on and says, “Okay, now what?”

Want to win big on your next campaign? Call today and put a proven creative team to work for you!